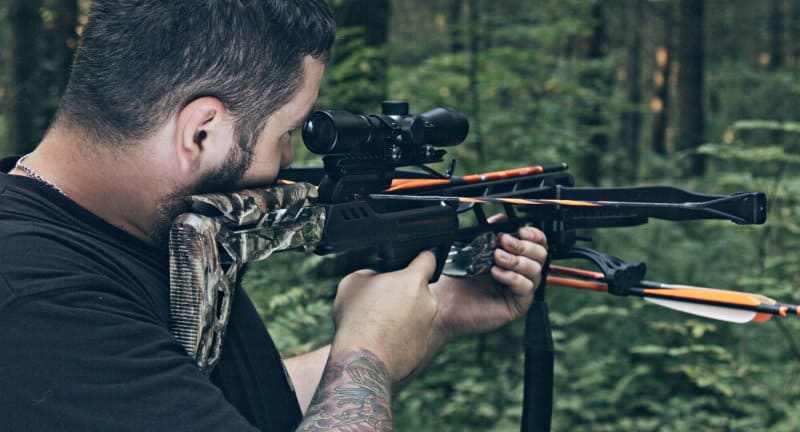 Operating a crossbow is totally fun. However, handling it when you are a beginner can come with a grain of doubt. Using it may come with a slight scare that the crossbow may backfire, and you shouldn’t be swayed by the usual advice. Problems may occur when you handle crossbows.

Make note that crossbows do not backfire in the standard meaning of the word. To fire, a crossbow needs to have some kind of firing mechanism based on powder. There are other injuries that can happen, but they can’t be considered injuries caused by a backfire.

First, let’s take a step back and elaborate on this. There is more to this backfire than it meets the eye.

The first thing you want to notice that the crossbow is designed to shoot projectiles. However, the projectiles here are basically arrows, which were later modified to suit the crossbow specifically.

These projectiles, now called bolts, don’t have gunpowder in them. Crossbows weren’t meant to fire like a gun would. Additionally, back in the day—thousands of years prior to the moment you are reading this, in fact—there weren’t any guns.

When you add gunpowder to it, you change the very structure of the crossbow, instead creating a gun. Looking back, the crossbow can be viewed as a transition between bows and guns, in a way.

Therefore, crossbows cannot backfire due to the lack of the gunpowder. However, that does not mean they can’t backfire in another sense of the word. It won’t literally backfire, but mishaps can still occur when firing a crossbow.

So, to fully understand what’s happening, let’s take a look at the crossbow shooting system. But first check out this video of a crossbow being fired so you can see all the pieces of a crossbow in action:

Crossbow shooting systems work like this—you have a set of strings that you pull and cock to the back of the crossbow. When the arrow is nocked the crossbow is cocked and ready, and you are ready to shoot.

You would aim, pull the trigger, and shoot. That’s the brunt of it. Thus, you can’t have a backfire in that sense that you don’t have anything explosive in the device. The whole system is made out of strings, which you would pull and tighten to create a shooting motion.

Now, let’s take a look at all things that could go wrong with your crossbow during a hunting or a tournament session. 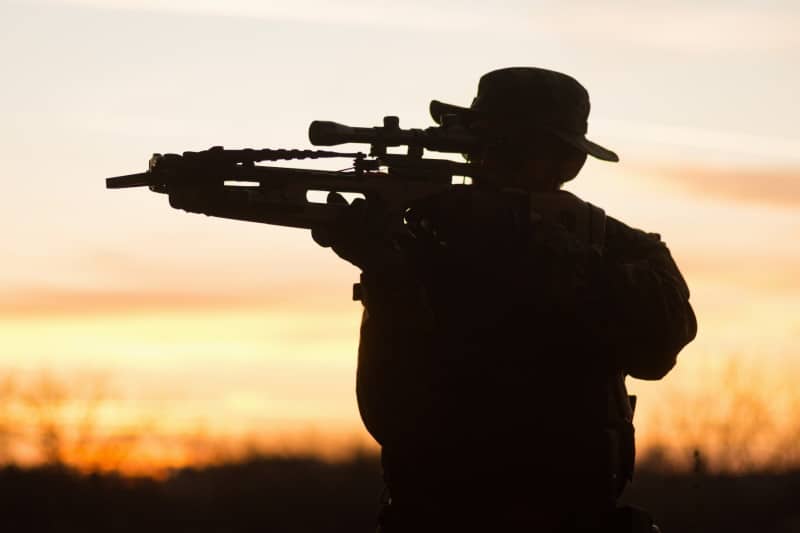 If your strings get loosened, you won’t be able to launch the arrow. Once that happens, it may not be a lot of damage to you, but you won’t be able to use the crossbow effectively. If the strings are too tight, it may lead to a breakage of strings, which may then end up hurting you.

All of that is still better than having no control over when you are firing your shot. Thus, there’s still the issue of safety removal, which is when you can’t remove safety and will be unable to shoot at all.

Finally, you can have a problem with a buttstock. If your buttstock isn’t properly fixed or is broken or loose, you won’t be able to aim or shoot. All these cases are all possible mishaps that are directly connected to the construction of the bow.

One of the ways that we can avoid mishaps from happening during transportation is to use a safety harness like this when out and about with your crossbow.

However, there is another thing that could still happen, even if the bow is totally functional.

The most common mishap or backfire that can happen with a crossbow—or a bow for that instance—is a dry bow, which commonly happens with amateurs. It can also be really painful when it happens.

As far as you go, the string will hit back and perhaps hit a part of your body, most probably the hand or the arm. Either way, the hand closest to the release point will be hit by a string.

Aside from any bodily harm, the dry bow also destroys the crossbow. When you release a fully cocked crossbow without an arrow, you are hurting the mechanism. Its power dissipated across the weapon, creating pressure and force, which destroys the string.

In this case, the string may tear apart, or other parts of the mechanism may get destroyed. However, remember that crossbows may get replaced, whereas it can be very difficult to heal damage to the bone or muscle.

A responsible archer should get to know what may happen if they mishandle their weapon.

For example, the first thing that comes to mind is mild finger or arm injury due to a dry bow release. This mild injury won’t be as costly as some other form of injury, like when the string hits when you are cocking a crossbow.

Cocking a crossbow takes a special procedure, and it should be done as per manufacturer’s instructions. You should always cock it by turning the release apparatus away from your body. Ideally, it should point to the ground when you are cocking it.

Another arm injury may occur if the safety isn’t properly fixed, or if you haven’t put the safety on when walking around the woods. Then, any sudden movement or snap of the finger may lead to unfortunate release that could potentially hurt someone within the vicinity.

Therefore, it all comes down to proper handling of the weapon. This is the first thing you will learn with any weapon, and archery weapons are no different. 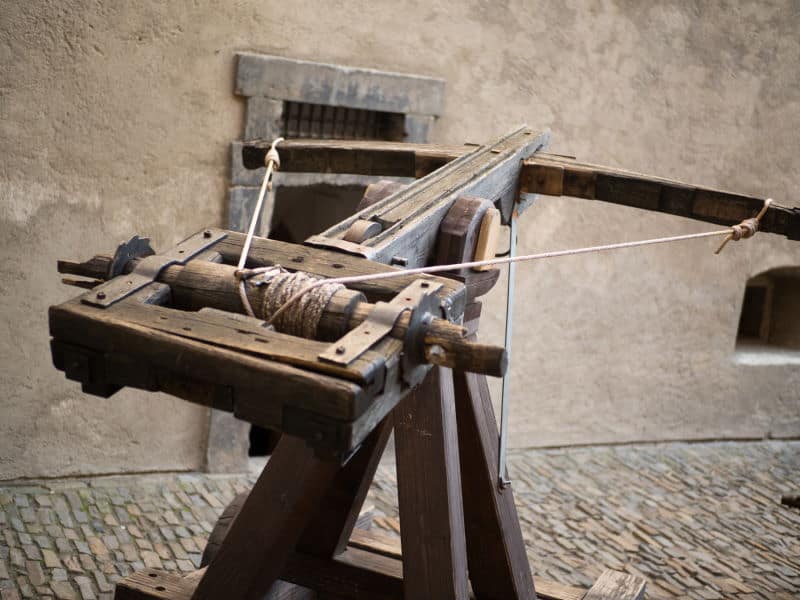 As it was just stated in the previous section, it all comes down to whether you really know how to use a crossbow. That also incorporates more than knowing how to shoot it. It means do you know how to maintain and handle it.

For example, as you progress with the skill of archery, you’ll learn more about the best practices you can use to stay secure at all times. Such one tip is to know when to release a safety lock, such will be the first and most basic tip you can use to ensure you are safe at all times.

Next, you will have to remember to never do a dry bow or release without an arrow present in the release system. Also, remember to check the security and ensure that the arrow is positioned properly in the shooting system.

Additionally, check that you are using proper arrows for your crossbow. If you are using arrows that aren’t compatible with your bow, the bow and system could malfunction altogether. So, remember to keep it smart and responsible at all times.

Finally, make sure that you wear gloves when using your crossbow. You can learn more about archery gloves here.

And, there you have it. If you wondered if crossbows can backfire, remember that it cannot in the literal sense. However, there are still things that can go wrong while operating a crossbow, so keeping it safe while hunting or shooting is paramount.

Don’t worry though. Crossbows aren’t something that’s going to hurt you with regular use. These examples are usually left for a small number of people who will be hunting in the woods, probably alone.

Also, experience is an important point to add here. If you have adequate experience, these things probably won’t happen. So, remember to practice at all times, perfect your form, and give your best.

These points and tips are the things you can’t go wrong with.