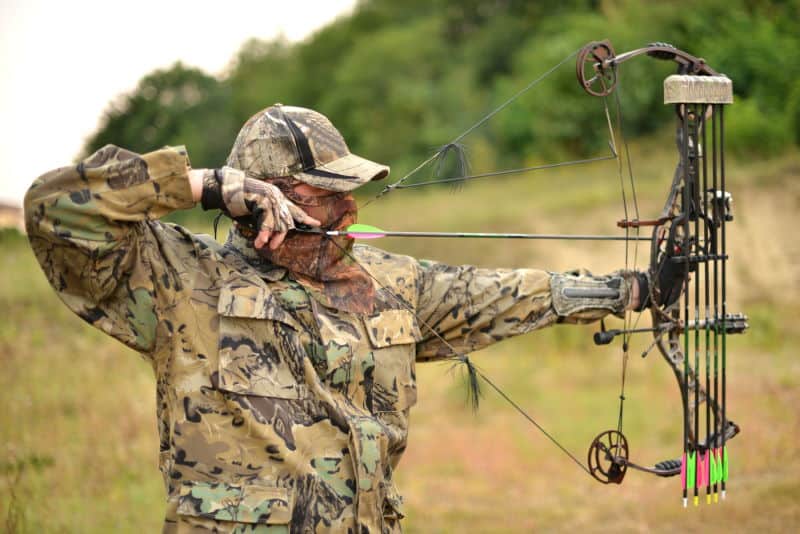 Archery is an amazing skill, yet, it’s faced with a lot of doubts when the question of its power arises. Simply, when pitted against a gun or a rifle, people doubt the bow’s power to pierce body armor. However, that may not be entirely true.

The answer is simple. A compound can pierce a body armor if the following conditions are met. First, the blade of the arrow has to be of a certain weight and type (broad-headed arrow made of steel or carbon). Second, the archer needs to have the approximate distance of 300 feet to achieve enough speed to pierce the armor.

However, that doesn’t mean you can pierce any type of armor if you only have a bow and arrow. In fact, there are some armors that can’t be pierced, along with some arrows that can’t pierce armor.

So, before we get into the details, let’s take a look at certain facts. You need to know more about bows, arrows, and armors.

The compound bow was invented and patented by 1966 by Holless Wilbur Allen in Billings, Missouri. At the time, he envisioned creating a new type of bow that would eradicate previous disadvantages that other forms of bows have.

The compound bow has a totally different look than other types of bows, and you can compare compound and recurve bows. Nevertheless, even though its look is different from other bows, that doesn’t prevent it from being useful both in practice and in hunting. Shockingly, the compound bow is actually closest in nature to the crossbow but even then there are some key differences to be noted. For more information on this difference, check out this article.

One of the advantages of the compound bow lies in its mechanical apparatus. The pulley or cam system makes the limbs of the compound bow stiffer. This rigidity requires less energy to come from the limb movement, making the bow more energy-efficient. The technology also makes it less sensitive to change in temperature and humidity.

The best thing about this type of pulley system is called the “let-off.” When the string is drawn back, the cams rotate. They are of an eccentric shape rather than round, so their radius changes as they rotate.

Each of the two cams features two tracks. There’s an inner track that connects the opposite limb or opposite cam through cables, along with an outer track where the bowstring is connected.

When you draw the bow, all these mechanical elements work together, and it allows for different draw stroke profiles to be achieved. For example, you can create a soft-drawing bow with a slow build-up to peak draw weight, or it can be something else.

When you draw and fire the bow, the let-off effect happens, providing a stronger strike. It can create up to 70-85% pull-off effect, allowing for more time to concentrate on the target and less on preparing the bow for shooting.

Now that you know how the compound bow works, it’s time to take a deeper look at another important thing—That is, the difference between bullets and arrows.

When you think of the gun vs. bow debate, you have to compare their projectiles first. The modern world, especially pop culture, has made us believe that there is no weapon that can compare to firearms.

However, before you decide that bullets are superior to arrows, you should learn some ballistic facts. Aside from the basic fact that these projectiles are used with different weapons, the way they affect the hit surface is also completely different.

For example, bullets are softer, and their purpose is, essentially, to splurge on impact. When they hit the surface, they should disperse inside the body, creating more damage. Simply put, its aim is to have a small entry point, pierce the service, and disperse the damage once inside.

Arrows, on the other hand, have a totally different purpose—they merely pierce the target, and that’s it. There are different types of arrowheads, but their use remains the same.

The whole purpose of the arrow is to pierce the target. It’s fired at the optimal speed of 300 feet per hour, and from a certain distance, it could even pierce medieval armor. However, the piercing power of the arrow depends directly on the build of the arrow tip.

Thus, it is less of a debate about which is the stronger projectile, and more of a question of how you can use each weapon to pierce different types of armor.

Now that you know more about the compound bow and projectiles, let’s look at the target: body armor.

Want to see what arrows can do to body armor in action? Check out this video:

Aside from swords, armor is the most present piece of equipment pictured in popular culture. From chainmail and helmets to Kevlar vests, armor was always present on the battlefields.

However, the idea of the armor itself changed greatly. This is completely normal, as the needs of war have been changing drastically. With the invention of firearms, the way people did battle got a new form.

Now, people don’t need to hide their bodies behind chunks of steel, simply because it isn’t effective. Heavy, chainmail armor was becoming too heavy to carry on the battlefields where the fighting was becoming too fast-paced.

Guns and rifles weren’t something you could stop in the 19th and 20th centuries by wearing armor. Also, it wasn’t viable to run from enemy fire, bombs, and airstrikes while running around in large chunks of metal.

However, the world soon met another invention that replaced armor as we know it. The new armor technology was named Kevlar. In short, it’s a special type of cloth or polyester weave that creates several layers, which serve as protection against projectiles.

The Kevlar’s main weakness is that its thickness is designated by the caliber it should stop, thus there exist weaker and stronger Kevlar, depending on the type of action or a gunfight that the Kevlar is brought to.

There are instances in which Kevlar would stop a bullet but wouldn’t be able to stop an arrow. That is, if the proper arrow tip is stronger than the Kevlar’s thickness.

Now, the only thing left is to compare different types of armor against the compound bow. 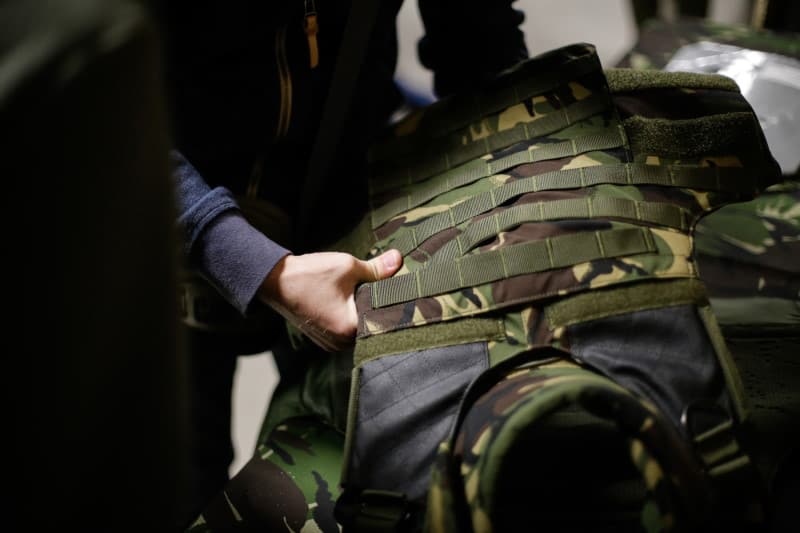 Even though arrows always pierce armor in movies, that was hardly a reality. Back in the day, armors were much stronger than usually available weaponry.

First, the whole problem of warfare in the past was that you had to rely on what is called a “field shot.” It required you to move around directly in open spaces to get a clear shot on the target. Also, not all units were equipped equally.

The special units, of course, had better arrows with more chances to pierce chainmail for example. Yet, the usual archer didn’t have appropriate bow or arrows to pull that out, unless it was one of the archers from the movies who could manage a hit in the helmet opening for the eyes.

So, in a scenario in which you have a compound bow and the appropriate arrows, you could definitely pierce chainmail. Likewise, you would need perfect conditions to break a tougher armor, which, though unlikely, isn’t impossible.

At the very least, piercing Kevlar is much easier. 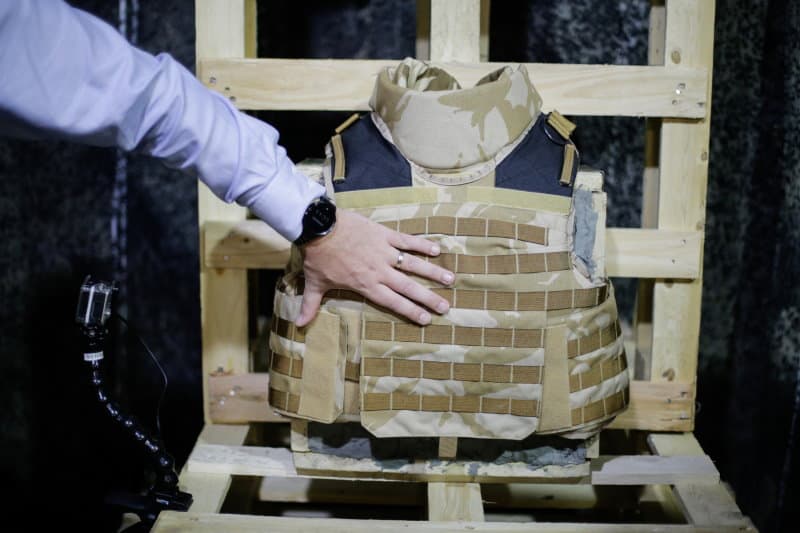 This is more of a contemporary situation. Not to insinuate anything, but if someone was wearing a Kevlar vest and attacking you, you can defeat him even if you had just a compound bow.

As it was said earlier, the whole secret about Kevlar is in its thickness. However, the additional trick is that Kevlar isn’t built to endure that kind of damage. The logic behind Kevlar’s structure is that it’s built to stop bullets, yet a bullet is a completely different projectile than an arrow.

The greatest disadvantage of Kevlar is that it’s weak against piercing attacks, which is exactly what arrows do—they pierce.

However, that doesn’t mean you can simply pierce Kevlar with just any arrows. You need arrows that are metal, heavier, and have bigger and sharper tips. The compound bow adds that extra kick, giving you the necessary impact to pierce the Kevlar.

However, there’s another type of Kevlar that is harder to pierce.

This part may be a bit disappointing—there exist advanced types of Kevlar that are categorized as body armor. This Kevlar is constructed as a special polymer that the compound bow cannot pierce. This is true simply because the bow is unable to generate the necessary power to pierce body armor. Therefore, there is a point you can’t pierce (pun intended).

However, that’s the limitation of most firearms today. They simply can’t break advanced body armor without adequate and specially-crafted projectiles.

For a fun time seeing how your arrows do against armor in real life, try purchasing some hardened motorbike protection like this. It won’t cost you as much as kevlar but you will be able to test your armor piercing abilities in action!

You can do it

So, there you have it. It’s possible to pierce body armor with a compound bow. However, you can only do so with the appropriate arrows and against a certain type of Kevlar.

Aside from that, you can’t really do more with a compound bow, but nevermind that. If you don’t plan to use it for hunting, practice, or recreation, you don’t need a bow in the first place.

Just remember that the bow is a deadly weapon, so make sure you are keeping the people around you safe, and have fun.