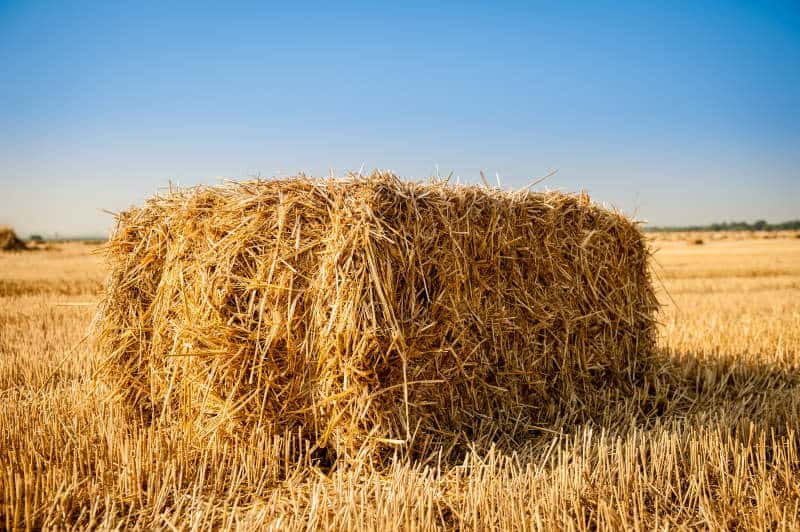 When you start practicing archery, it’s really important that you have a target that you can practice with. So, before you go and buy a 3D target for practice, you could maybe consider a more affordable option. Ask yourself: can you possibly use hay bales for archery targets?

You can definitely use hay bales for archery targets. In fact, it’s the oldest and most common of all practice targets. It’s more commonly used by beginners, who are just trying to get to know how to shoot with the bow.

However, before you get some hay and start shooting, let’s first take a look at what makes them such fine practice targets.

You should decide on something that’s affordable, easy to make, and easy to use. When you have such a target, you will be spending less time making the target and more time actually practicing.

There are several types of targets you can use; however, getting them locally or finding them at your archery range may prove difficult, depending on where you are stationed. Some places and archery clubs are richer, meaning they’ll likely have more equipment.

Likewise, there are some that have much less funding. Either way, you should aim to work with what you can. You should also always consider the possibility that you will be practicing at home, so it’s good to recognize the different kinds of archery targets that you could set up yourself. 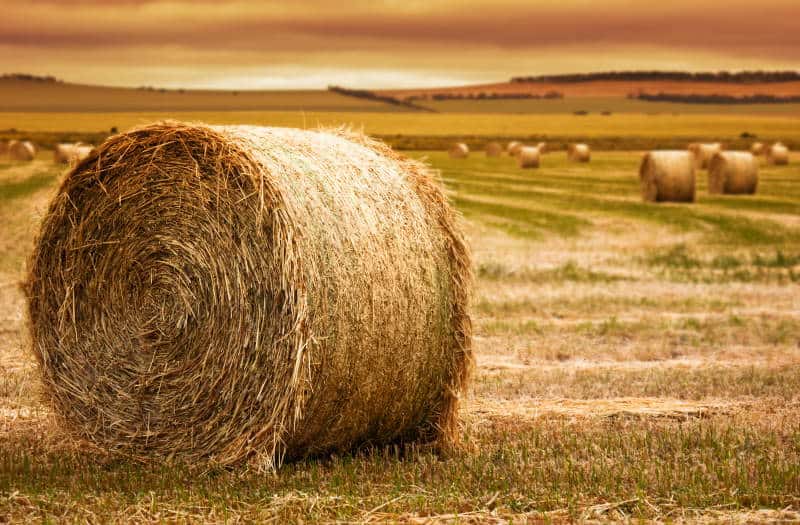 Of course, there are arrows, like the broad-headed arrows, that can pierce even kevlar. However, you won’t be using those arrows when you are practicing because they are made specifically for hunting.

Simply put, there aren’t a whole lot of things that an average arrow can pierce. An average arrow can, however, pierce cotton, cardboard, sand, and hay. These materials are also the most common when it comes to equipment you can find at archery clubs.

Certainly, there are a number of clubs across the world that have all kinds of targets you can practice at. Likewise, you should consider that you are probably a beginner, and that you should stick with what’s easy to get and work with.

Therefore, before you go online to look for more advanced practice targets, take a look at the most common, evergreen practice target you can use to build your archery skills. You should give hay bales a chance.

From the very start of archery practice, hay bales have been in use. The reason behind this is simple—when you look at the ancient world, hay bales were the easiest and most efficient to use for mass practice. They may not look as attractive as 3D targets today; however, hay bales have a long history and have been around for centuries, and rightfully so.

When people prepared for war and had to train massive armies, the idea of getting specialized equipment was meaningless. Most wars weren’t as sophisticated as they are today. Instead of having armies of professional soldiers, people often relied on the peasantry to fight alongside regular armies.

Although regular armies had proper practice and equipment with which to train, mobilizing the peasantry required the latter to learn the basics and before being sent to war. Throughout mobilization camps, they had to practice as much as they could. Even the tiniest difference in skill could mean a big difference in whether the army would win or lose.

Thus, with practicing as regularly and often as they were, they needed effective equipment that was easy to use. Since the use of horses required hay, as did building houses, the hay that was lying around became a great resource to use in practice.

That is how hay bales came into use. Hay bales solved much of the army’s problems, could be built at any time, and the resources to build them were already laying around. People started using them massively, and hay bales ended up staying with us for the rest of the days.

Although people aren’t going to war with bow and arrow anymore, hay bales are still an awesome and inexpensive way to build a target practice that you can use for a long period of time.

If you are still doubting whether they are usable or not, there are a couple reasons why you should consider them. 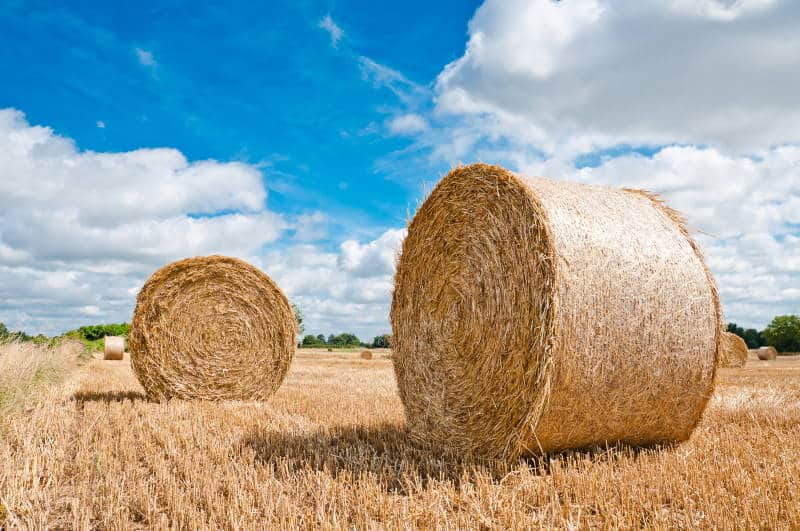 The first reason for the popularity of hay bales is definitely how easy they are to make. They are just bales of hay that you would sack together and shoot at. Despite their simple design, there’s more to it than it meets the eye.

You will want to stack them properly; you can’t stack them like you are working in a field. You could throw them together and consider that a target for practice, but if you make them that way, the arrow won’t be able to pierce the hay effectively, which will defeat the purpose of practicing.

You need to stack them as if you are compressing. However, you won’t be able to actually compress them to build an archery target. Instead, you will properly stack them. You want to put them in together and fixate them with a wire or a rope, so they are as tight as possible.

Then, you can just add an actual target, and you are ready for practice. Just make sure you are maintaining it properly; that is, if you want your hay bales for target practice to be usable in the long run.

Toss one of these Morrell targets over a hay bale and you have yourself a target, complete with point zones and everything. If you are the type that needs visual references before a project, don’t worry, this video has you covered:

Probably the best thing about hay bales for target practice is that they are amazingly easy to maintain. The only thing you will want to do is not take them to places of extreme heat or expose them to water.

It’s almost as simple as that. There are two reasons for this. First, if you put it next to a heat source, or simply let it be in the sun, there’s a high chance that it will burn. Hay is especially dry, meaning that if you let it be next to the fire source, it will surely burn. Therefore, always keep it away from heat sources.

Then, you will also want to keep them away from water and other wet sources. Much of hay’s entire makeup is its dryness. You can move it, control it, and use it properly—but only when it’s dry. When it’s moist, you can make a bale out of it, though you won’t be able to use it for target practice.

So, as long as you shelter it from the rain and keep it away from the power, you can be rest assured that you can use hay bales for target practice without any big issue. Yet, when all is taken into account, there’s another huge benefit to hay bales: they are cheap to get.

We talked about how to make your targets last longer here.

The best thing about hay bales is that they are easily affordable. You don’t need a lot of money to make a practice target out of hay bales. Unless you want the hay bales meant for target practice to have a professional look, you can easily make one in your spare time.

After all, the only thing you need is hay. You could also decide to buy some high-quality hay from a local farm. When you do that, you can make a hay bale practice target simply by unifying and tightening the original hay bale together.

You can also search for hay that you can turn into a hay bale yourself. Either way, you can expect that you will be creating a target for practice with very little investment. The only thing that separates you from creating your target for archery practice is to collect the hay.

Now, you are finally  ready to practice at all times; as the popular film would say: “Build it, and they will come.”

As you can see, you can start practicing archery with just some hay, which is a part of the beauty of the discipline itself. You don’t need fancy equipment to start your training. You can start it today. The only thing you need is to collect some hay.

Sooner than you know, an incredible journey will start. It’ll be the one where you’ll get a unique chance to do something great for yourself. Just go and collect some hay, strap it all together, and start practicing.

Practicing archery will be a unique feeling that connects you with the spirit of archery from centuries ago, as you will soon see.