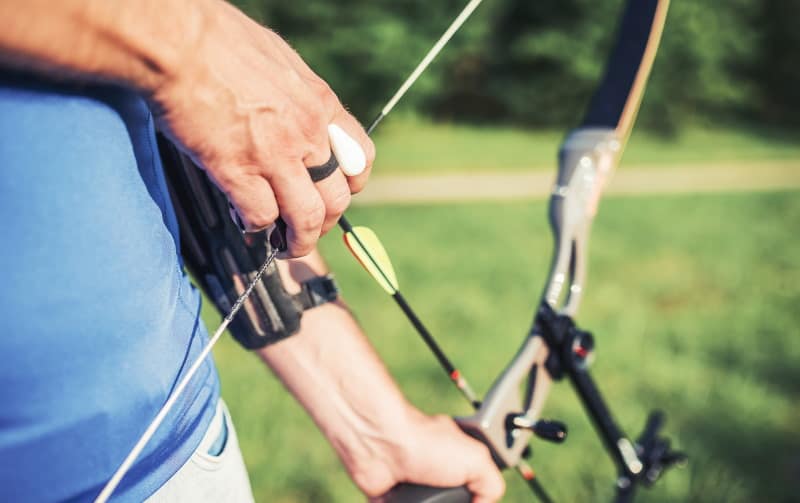 Longbow is the form of the bow in general. Before recurve bows and compound bows, the longbow was the most popular in use. You may be thinking about trying it out and feeling the classical archery feel that comes with its use. Therefore, the question pops up: how far can a longbow shoot and how is its accuracy?

Longbows can shoot accurately at a length of about 100m. However, given the right circumstances, you can shoot even further. The circumstances that matter in this equation are the angle of the shot, weather, and archer themselves.

The longbow is totally different from any other bow. It’s actually most similar to the bow that was used historically in wars and other events in which archery was present. In most basic terms, it is simply a bow and a string. A longbow is defined by a long stick—also known as a longbow—and a string that allows shooting. 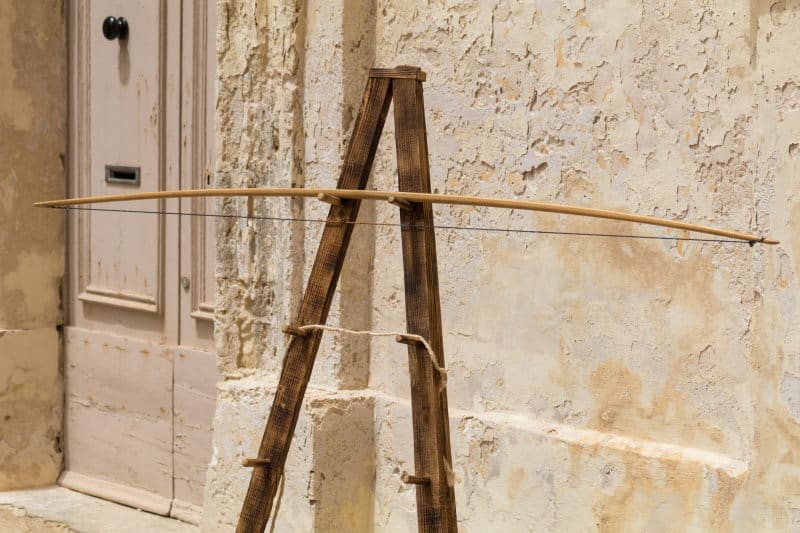 If you haven’t gotten your hands on a decent longbow yet, then you really should. They’re great fun to shoot, and you can even find a top-of-the-line model like this one.

However, the essence of the longbow is that the longbow is going to be bare and void of accessories. The whole point of this is to provide you with that natural archery feel.

In essence, the longbow commands the archer to have more of a natural sense of archery and shoot without accessories. Most often, a longbow will be made out of wood; however, it can also be made of carbon and other materials.

Yet, there’s still not enough of an explanation for why longbows are so important to this day. There’s something special about this type of bow that is much more different compared to the recurve and compound bows. While they are all bows, the difference between them is simply staggering, as this video will show you:

Recurve vs Longbow vs Compound Bows

The thing about the recurve bow is that it is built to help you shoot faster at smaller distances and with higher accuracy. It’s a fast draw bow that is easy to shoot, and it comes with less draw strength, so almost anybody can shoot it. It’s light and great for competitive archery, along with hunting small game.

The thing about the compound bow is that it’s much more versatile compared to the other types of bows. It has a special mechanism that allows the archer to rest their hand, achieve more power when shooting, and do all that with a special mechanism. It’s great for both hunting and competition, and it is, technologically, the most refined bow that exists.

It has to be that way, since the longbow is the only bow that remained most true to the original design of the bow.

When you are shooting the longbow, you have to tap into the ancient art of archery itself. It’s not an easy task, especially for most archers who are, nowadays, using a lot of accessories and equipment to enhance their ability to shoot arrows.

While that is considered pretty normal—and it’s expected that the archer will use this knowledge and information—the longbow will bring you back to the moment when archers didn’t have those kinds of appendages.

You actually have to rely on your technique, along with your ability to gauge distance, shoot, and control your hand with nothing more than a bare piece of wood and string. So, a lot of people don’t like to shoot with the longbow, since it’s much harder than what most people are used to shooting with now.

Therefore, you have to think about all that you will have to do with a longbow, along with how different it will be compared to shooting a recurve or a compound bow. For example, you won’t be able to shoot it with stabilizers or scopes and sights.

You have to rely quite literally on what’s happening in nature at that moment, then calculate that shot according to what you observe. That won’t be an easy task by all means.

Don’t forget that your shot will also be determined by your arrows, as this article. 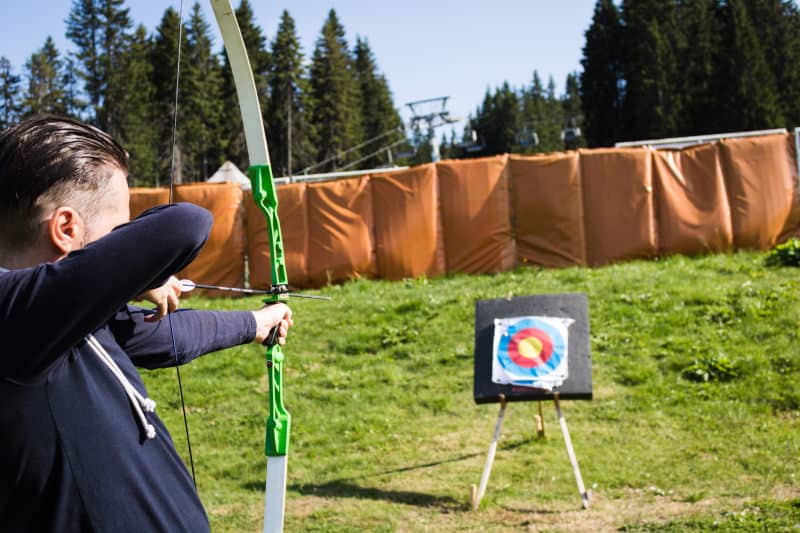 Conditions of the Perfect Shot

When you are shooting any type of bow—be it a compound or a recurve bow—the most important thing is to gauge what’s happening according to the different conditions of your environment. For example, there may be a lot of wind or rain, which will surely interrupt your shot.

The longbow can shoot approximately 100m without losing accuracy; however, that is the case in perfect conditions. Most often, you won’t have conditions like that, so the real length of what you can shoot with a longbow is reduced fairly by a number of conditions within your shooting environment.

So, when you are shooting with the longbow, being able to measure the speed of the wind and gauge how different conditions will affect your ability to shoot are crucial aspects to the practice.

These conditions include wind, humidity, weather, terrain, and so on. And, of course, the angle and your draw power.

Logically, you will shoot more if you have more draw strength. Aside from all other conditions, this is the most important condition you must use to shoot your bow. Of course, it falls in the same category as your archery technique.

Hunting with a Longbow

It’s a totally different thing when you want to use your bow to hunt something. When it comes to shooting for competitive archery, you have a lot of conditions that will work in your favor.

For example, when standing still and shooting at a target, you will have a chance to judge the conditions and find your best shot. However, shooting like that during a hunt isn’t possible.

When you are out there hunting, you’ll have to deal with a lot of other environmental factors that wouldn’t normally interrupt you during competition or practice archery.

So, you will want to grasp all aspects of the real hunt to get the most out of your archery. In a way, it’s great because all the accessories that a modern bow would have won’t get in the way of your archery, putting you closer to what means to be a true archer.

In the end, when you take the longbow to hunt for game, it will be great when you achieve that moment. That moment is when you hunt something only using your senses, a bow, and a string.

So, if you are up to it, you should definitely try it. In the end, it all comes down to how much you plan to practice and invest in archery.

The Importance of Practice

After all, the limits of your accuracy and shooting come down to your ability to actually shoot the bow itself. No matter how many accessories, scopes, and sights you buy, it will only all really matter if you have a strong technique and ability to put it all together.

No matter how many enhancements you buy for your bow, you must enhance your skills with work. Skills are earned, not bought. Therefore, if you aren’t investing in your skills, you are wasting your money whenever you shoot your bow.

If a longbow can teach you anything, it’s exactly that skill is the most important trait an archer can ever obtain. Having an expensive bow and good arrows is one thing, but being able to shoot and having great draw power and even better technique is irreplaceable.

In the end, the limit of the length of your shot, along with its accuracy mostly depends on your ability to shoot the bow in the first place. Even if you believe that buying a bunch of equipment will help you with your archery, it won’t.

In reality, it can only be of a small help when it’s compared to real skills; it all comes down to how much you practice. If this article could contain a lesson, then it’s a lesson that could be summed up in the following.

It’s all about practice, a longbow is like a meter. It tells you how tall your skill is.