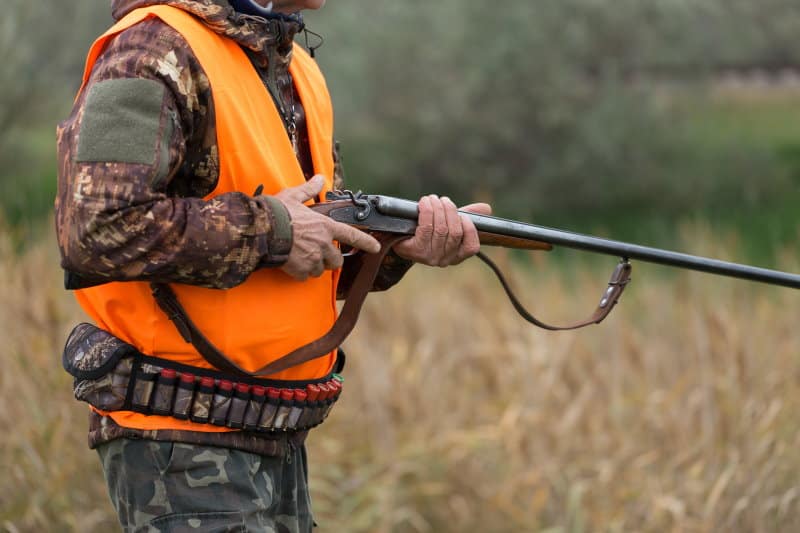 If you’ve been around hunters, in most cases, chances are that you’ve noticed that they all wear orange colors over their camouflage hunter outfits.

Of course, at first glance, a lot of people would find this counter-intuitive, as the color is bright and almost fluorescent. This drives a lot of people to ask why hunters wear orange!

Ideally, most hunters wear orange vests and hats to avoid accidentally getting shot by other hunters, since deers and other animals can’t distinguish the color. It’s also required by the law in multiple states in the U.S. for the same reasons.

If you want to find out about these reasons, and more, you’ve come to the right place. Keep on reading for an in-depth look regarding the orange color in hunting, its regulation, and the best options to consider. Let’s dive in!

Why Do Hunters Wear Orange Colors While Hunting? 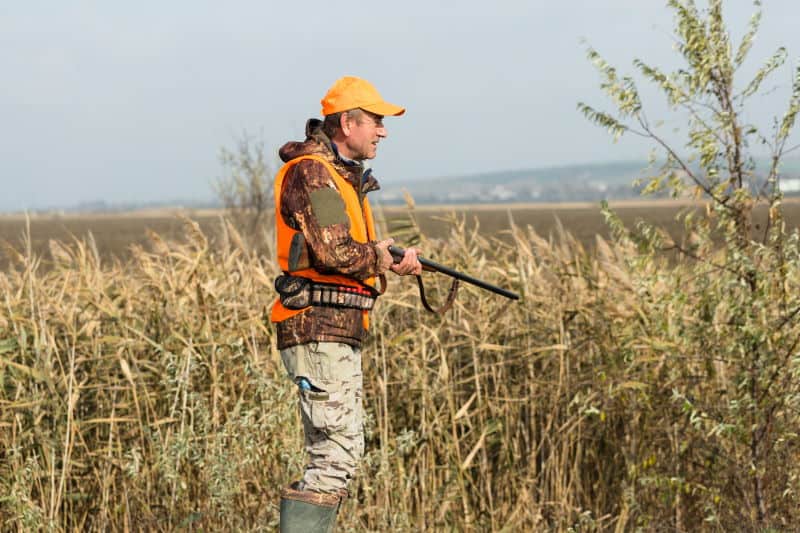 The orange color that is quite popular among hunting outfits is called “blaze orange” or “safety orange”. At first glance, anyone would think “why would any hunter want to wear such a bright color?”.

However, there are plenty of reasons that can give you a proper explanation for it. Let’s have a quick look at 3 reasons why hunters wear blaze orange:

1. As a Safety Measure

As previously mentioned, this color is also known as “safety orange”. It has earned this name for being included in a wide range of outfits that might involve occupational hazards, such as paramedics, site workers, and more!

While hunting in a camouflage outfit, a hunter can very easily blend so well with the background environment that he becomes almost invisible! While this might be great for approaching game animals without spooking them, it might be quite unsafe for the hunter.

You should always keep in mind that there are other hunters out there in the field, especially if you’re hunting in a public area that is popular for being a hotspot for a specific game.

The problem here is, that if another hunter spots some movement nearby, they might be tricked by the camouflage into thinking that it’s a game animal that they should shoot, causing a serious accident that can be fatal.

Luckily, since blaze orange heavily stands out and contrasts with most colors of nature it would be much easier for other hunters to notice you.

There’s another reason why the blaze orange color is chosen over many other colors for the job. Despite being one of the most effective and flamboyant colors that our eyes can easily catch, a lot of game animals, such as deer and elk, are colorblind to orange and can’t distinguish it.

Most game animals are sensitive to low wavelength colors, such as blue and green. However, when it comes to high wavelength colors like the blaze orange color, it looks rather dull and almost as brown as the surrounding trees and ground.

3. It’s Required by the Law

Since the color is extremely effective on human eyes without alerting deer and other game animals to your spot, a lot of states have passed laws that make the blaze orange required by the law.

In fact, according to the International Hunter Education Association (IHEA), out of all 50 states of the U.S, 43 states have laws that require wearing hunter orange. Even the 7 states that don’t enforce the blaze orange still highly recommend it!

Do These Rules Apply to Bow and Arrow Hunters Too? 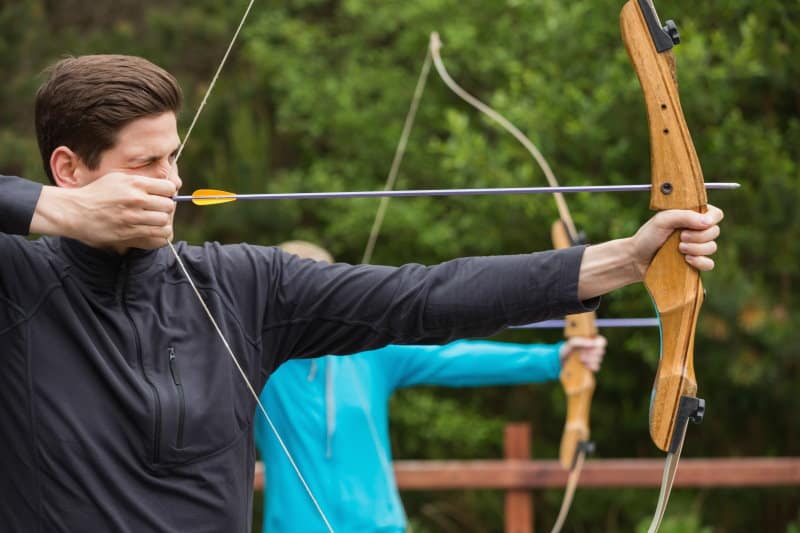 Of course, wearing blaze orange or hunter orange is extremely encouraged in all cases, as it’s a major safety precaution that is tested and proven to be a successful method in reducing the number of incidents whenever applied.

As previously mentioned, the hunter orange is required by a lot of states in the U.S. However, when it comes to bow and arrow hunters, the rules might slightly change.

For example, bow and arrow hunters are also required to wear the blaze orange in most states and not obligated to wear the color in the ones that don’t enforce this law.

What Are the Best Orange Safety Vests on the Market? 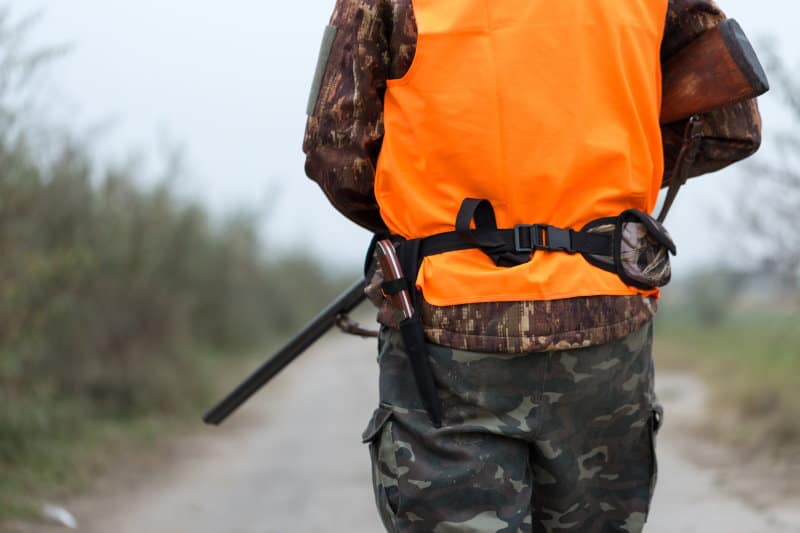 There are plenty of options to choose from, and since most states will require a minimum of 200 to 400 in sq. to be covered in blaze orange, the following gear should do:

There you have it! A brief guide with everything you need to know regarding hunting in orange vests and hats.

As you can see, the color is essential because it’s indistinguishable for deers and most game animals but other hunters will be able to see you while wearing them.

Ideally, any clear orange vest that matches the state requirements should do the trick, which is why EBBQ Hunting Vest is among the most popular options on the market.

If you want to find out more about essential hunting and archery gear, check out these guides about archery gloves and recurve bow sights.