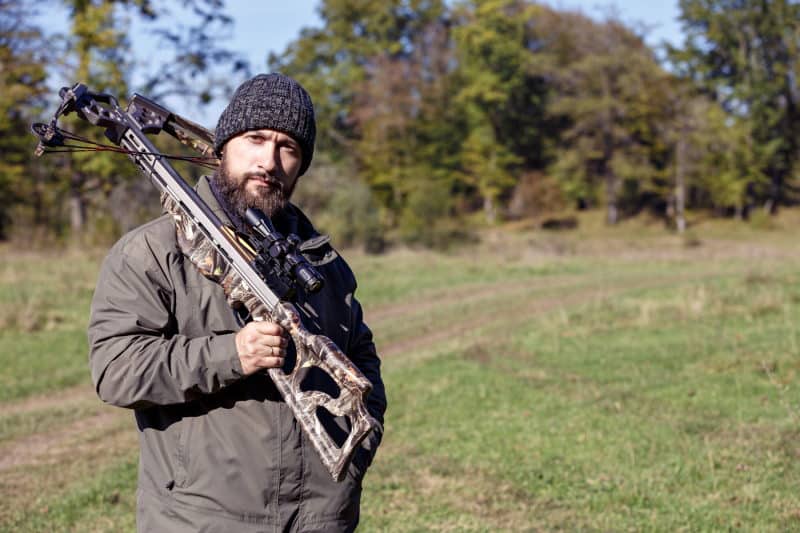 A crossbow is an extremely powerful weapon for hunting; however, it may still come with a huge disadvantage. Sometimes, a crossbow gets too loud and easily scares the animals before you can shoot them. Thus, if you can remove this problem, a crossbow can become the most powerful tool in your arsenal.

To quiet a loud crossbow, there are several things you can do. You can rubber it, wrench the screws, use heavier bolts or dampeners, try a different method of safety removal, choose another hunting ground, and/or opt into getting more overall practice.

Now, we will go through several steps for using these methods to quiet loud crossbows. However, before we dive into it, let’s take a look at the crossbow’s anatomy.

The crossbow is a ranged weapon that is highly similar to a bow. Nonetheless, the main difference between a crossbow and a regular bow is the difference of use between the two.

It’s a weapon that consists of several parts, which haven’t changed in ages.

Parts of the crossbow

There are different traditions of using the crossbow, and it’s believed that crossbows originated from ancient China. However, the very mechanism and the way crossbows operate have remained unchanged.

That’s why quieting the crossbow requires knowledge of the crossbow’s anatomy. Most problems with a weapon’s loudness dwell on your ability to find out what’s lacking with the weapon and fix it.

So, now that you know what the crossbow consists of, let’s take a look at different ways you can reduce its loudness. If you want to see any of these steps in action then check out this in-depth video:

The first thing you’ll hear when you fire a crossbow is the vibration of the string. Likewise and unfortunately, if the animal hears the sound of strings as you fire it, the animal will probably run away. Thus, having a powerful weapon could very well mean nothing.

So, what you want to try and do is add some rubber to the strings. This is called damping. There also exist a ton of archery accessories called dampeners.

Dampeners have a simple purpose in your archery kit, which is to reduce the vibration of strings, therefore decreasing the sound that comes out with your shot. So, depending on the model, there will be different technologies you can use to dampen the sound.

Dampeners can be used in a number of ways. However, most often, they would be used in the form of rubber put on the strings to reduce the kick directly, the latter of which is what produces the loudness.

The greatest disadvantage of the method is that you can reduce the power output behind your shot. So, if you choose this method, don’t overdo it with rubber because it will kill your shot.

However, keep in mind you don’t want your crossbow to be too loose either. 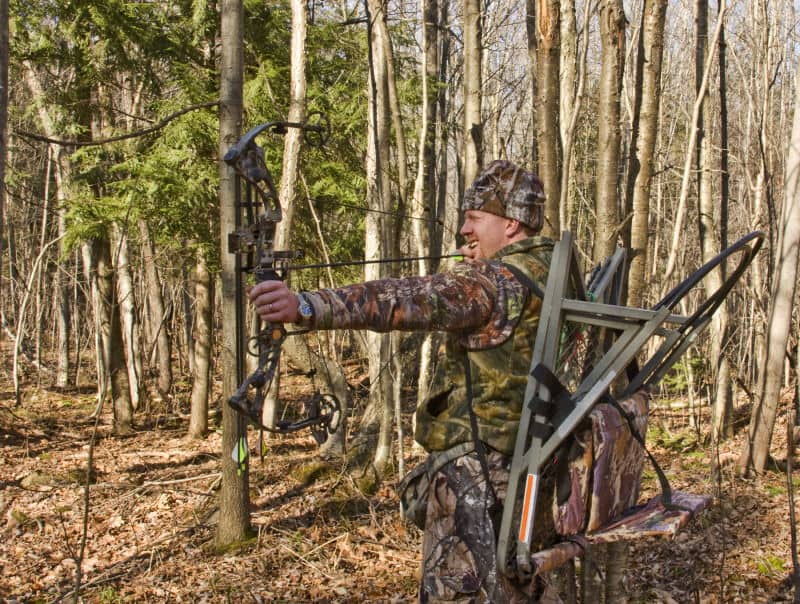 As you may notice, the thing that creates the most sound is the loose crossbow. Not only will your crossbow’s ability to aim, shoot, and last will be greatly reduced, but if the crossbow is loose, it’ll also produce more sounds when you shoot. Therefore, if you want to fix that, you will need a wrench. With this tip, knowing the anatomy of the weapon is crucial.

What you’ll have to do is to look at the different parts of the weapon and tighten the loose screws and bolts. Once you do that, you will want to test the crossbow and make sure it all works. This may be a tougher task, but it’s worth learning, especially if you plan to go hunting in the years to come.

Even more importantly, it may not be a fault with a weapon.

Grab one of these awesome pocket tools. They’re like a Swiss army knife only it’s a bunch of different wrenches that an archer might need. It slips into your pocket so you’re never caught out in the woods without a wrench handy.

It may have more to do with the projectiles you are using. Like any long-distance weapon, a lot will rest on the quality of projectiles in filling their designated roles.

For example, if you use a lighter arrow, there will be more space between the arrow and the firing mechanism. With this example, when you fire, there will be an additional kick that produces more sound, increasing its loudness. To avoid that, you should use heavier bolts. When the bolt is heavier, there’s less friction, and the loudness of the shot decreases.

Additionally, you will want to make sure you are using bolts made of metal. These will naturally be heavier, which will reduce the loudness.

That’s all for the crossbow.

There are also things that are strictly on you. In some cases, weapons may work ideally. It could be in a top state and perform just as it should. However, you should always watch that the crossbows do not backfire.

Sometimes, the fault of the loudness of the weapon falls upon the archer. There’s a way to control the loudness even before the shot, which requires recognizing the timing perfectly before you remove the safety.

Most amateurs have a problem in waiting much too long before removing the safety. When they see the prey, they wait until they are in the approximate distance to shoot, remove the safety in a hurry, then shoot.

Luckily, that is something you can practice in the confines of your home. If nothing works, there’s also another solution.

Get a Better Crossbow

A cheaper crossbow will lose its benefits quite early. Due to usage, the cheaper weapon cannot allow you to use it for a longer period without malfunctioning. Also, the materials the weapon is made of may not be built to last.

Cheaper material will corrode and downgrade faster. On top of that, all of these qualities will reflect on your ability to shoot. Therefore, it’s important to admit that, sometimes, you will need to invest more money in a high-quality weapon.

If you spend more money on the weapon from the start, it’ll last longer, be more effective in hunt, and, finally, keep you safe throughout the whole ordeal. Buying a branded crossbow from a great manufacturer may be more expensive, but it will be worth more than necessary.

After that, all you have to do is to find the appropriate hunting grounds. 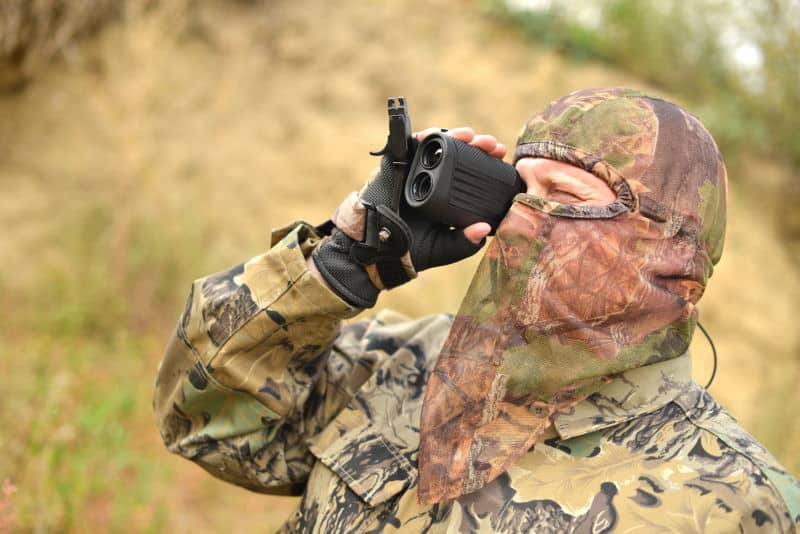 Finally, maybe you are shooting “in the wrong spot.” In practice shoots at a shooting range, it’s natural for your weapon to be louder. So, it isn’t impossible that your bow is loud due to the lack of objects present at the shooting range.

However, that also might happen during hunting. When you are out there, you will want to make sure you aren’t hunting in the open grounds. Hunting in open grounds will make you more visible to the prey, thus increasing the loudness of your shots.

What you want to make sure of is to choose hunting grounds with more trees and general obstacles. When there are a lot of trees, rocks, among other foliage around you, the sound of your shot will dampen naturally.

The obstacles will soak up the sound of the shot because there’ll be wind, branches moving, leaves, rocks, and other animals to mask your position. Nevertheless, to pull it all off, you will need to become a better archer first.

It all comes down to your ability as an archer. A solid archer will know how to operate a crossbow, maintain it, use the correct projectiles, pick a good model, and know where to hunt and how to shoot.

On top of that, practice will help you to get in sync while hunting. For example, removing the safety lock will produce a sound, but knowing when to remove it and how to do so will silence the entire operation prior to shooting.

When you learn to hunt, you’ll figure out how to choose a better spot for hunting. So, when you trail an animal, you’ll know where you want to meet the prey. Once you learn the ins and outs of hunting, it’ll become much easier to decrease the loudness of the weapon.

After that, it’s only a matter of you practicing until you have mastered the crossbow.

There you have it. These are the best ways to quiet a loud crossbow.

Make sure you purchase a quality weapon, maintain it regularly, and know where to hunt and when to shoot.

Once you cover all the bases, it’ll become much easier to make each shot count. Once you are in those woods and trailing the prey, you will not want to miss. So, take it easy, be patient, and happy hunting. Become a better hunter one shot at a time.