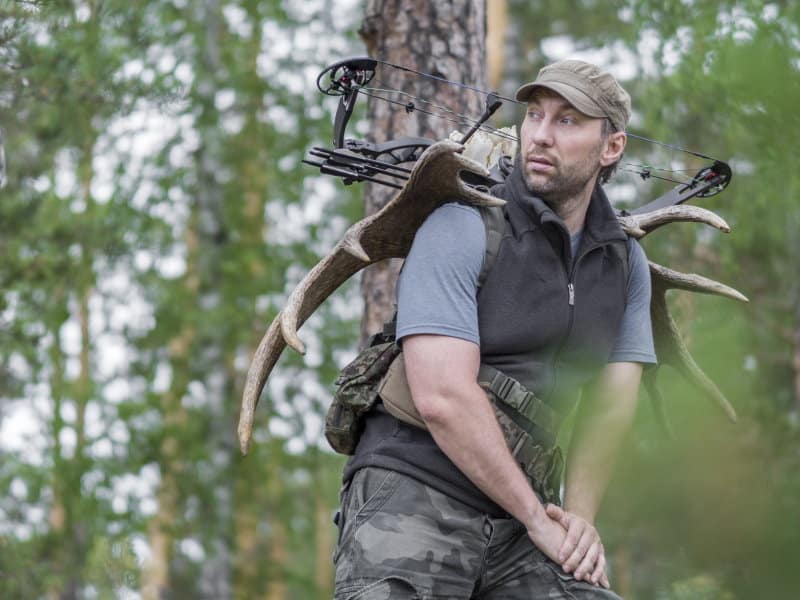 Making sure you have the right camouflage to sneak closer to your game is always on every bowhunter’s mind. For an experienced huntsman, picking camo can be as easy as drinking water, but that might not be the same for a beginner.

This is why I’ve decided to research what camo for bowhunting you might need, and it’s time to share some of my knowledge with you!

The best camo for hunting should mimic the terrain where the hunter aims to catch game. More often than not, the camouflage will resemble a tree, with green, brown, and gray patterns. Sometimes, the camo could be black, gray, and white if the hunting takes place in the snow.

Now, why don’t we dive a little deeper into our topic to help you get ready for your hunting adventure?

What Should I Wear for Bowhunting?

Choosing the perfect camouflage for bowhunting is a must because you’ll need to get incredibly close to your game without being detected. Luckily, you can use two types of camo to blend in with your surroundings, and these are mimicry and breakup. Let’s discuss each in greater detail. 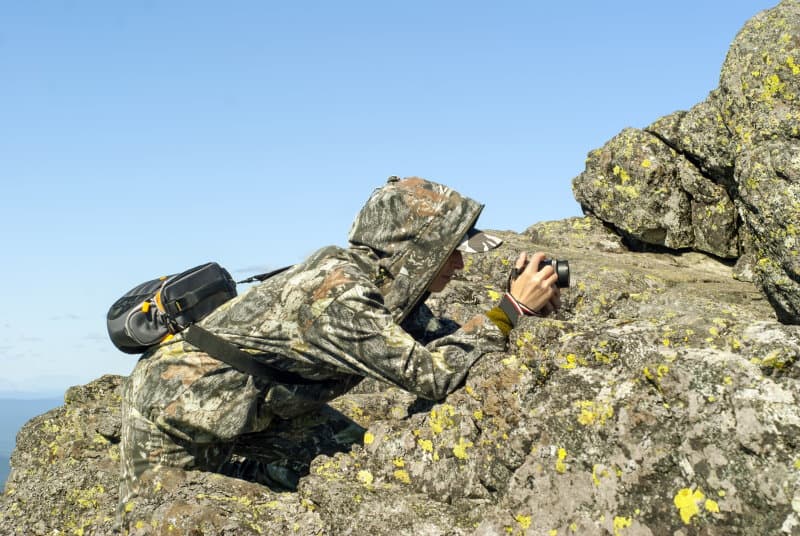 To keep things short, mimicry camo relies on concealing the hunter to the eyes of the prey by enabling them to resemble their surroundings. Mimicry camo manufacturers will offer you gear with bark, grass, and branch patterns to become one with the natural elements.

When you’re shopping for this camo, you’ll want to buy a suit, a pair of gloves, a face mask, a cap, and a patterned backpack where you can keep your belongings.

The following items are good examples of mimicry camo, which you might want to consider the next time you go deer or elk hunting.

Even though many bowhunters claim that mimicry is the best hunting approach, some aren’t comfortable looking like an old, dry tree. In that case, breakup or digital camo might be a far more suitable option.

Instead of trying to imitate the forest by borrowing its natural elements, breakup camo gives you another method to let you blend in. Digital camo comes with patterns that can help blur the outline of your body, but those shapes and designs are rather abstract.

Because it’s lighter in weight and generally more simple to work around, breakup camo is getting more and more popular with each passing day.

On the market, you’ll find camo pants, shirts, jackets, boots, caps, and backpacks to help you catch that stubborn rabbit. If you’re wondering about my favorite digital camo picks, here’s everything I think you should give a shot:

Of course, you could also choose the best of both worlds and combine mimicry and breakup camo when you go bowhunting. In the wild, there are no strict rules to what you can do to catch your game, so feel free to use elements from here and there to achieve the desired effect.

One of the coolest things about camo is that it’s usually affordable, which is good news because bowhunting is overall expensive. This gives you more freedom to mix and match different camo pieces without breaking the bank.

Should I Always Wear Camo for Bowhunting?

Some hunters will argue that, no, we’ve caught many deer in our bright orange vests, so there’s no need for camo. Well, there’s no denying that many skilled huntsmen can get by without completely concealing themselves.

Yet, for a beginner, wearing camo takes you one step further in your hunting mission. It can also be a huge advantage when you’re sitting in a treestand, minimizing the chances of a deer spotting you in your hideout.

Sometimes, camo may not even be preferable if you’ll be keeping to ground blinds. In that case, experts will advise you to go for black clothes to better suit your position in the shadows.

How Can I Know For Sure That My Camo Pattern Is Effective?

The first thing you could do not to have second thoughts about the effectiveness of your camo is to choose a pattern that mingles with the terrain.

Hunting in the snow? Order a camo suit with gray and white patterns to help you hide seamlessly behind rocks in a snow-filled clearing.

Trying to catch game in a forest? Go for a design that features bark, leaves, branches, and the like so that your prey won’t be able to tell you apart from a tree.

After making sure you pick the right camo, it’ll be time to test it out with the help of a friend. Here, you’ll have to put yourself in your target’s shoes.

Simply enough, put in your camo and sit in the spot you intend to hunt from later on. Then, have your friend take a picture of you with their camera from several yards away. See if you blend in with the scene or stand out like a lighthouse!

When you’ve reached your desired level of camouflage, you can finally make arrangements for your hunting adventure.

How Can I Make My Camouflage More Effective? 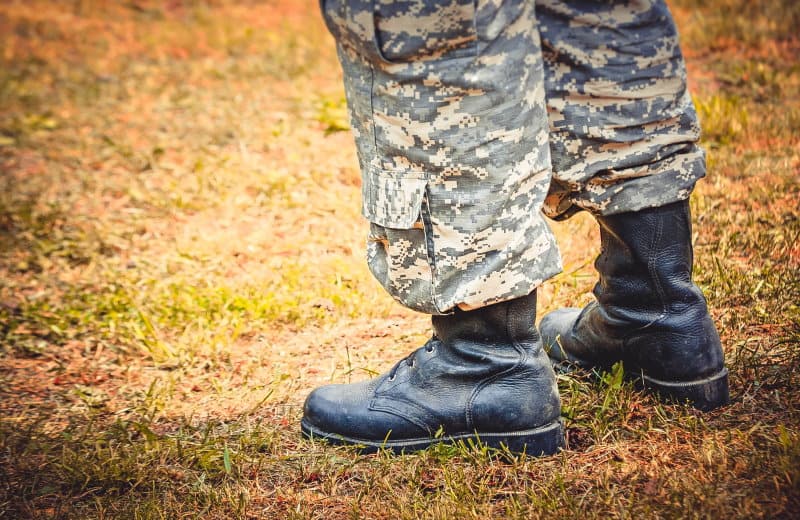 After checking that your patterns are suitable for the surroundings, it’s better if you go the extra mile and make sure your camo is seamless. I’m not just talking about looking the part, but completely making yourself invisible.

What I mean is that you should always take the animal’s sense of smell and hearing into account. What’s the point of flawless camouflage when your steps aren’t light enough, right?

Thankfully, there are several ways you can perfect your camo so that your target will have a lower chance of sensing you.

Start by using scent-management products to make yourself undetectable by animals that have a strong sense of smell. Also, monitor the direction of the wind and use that to your advantage by making sure it blows your scent away from your target.

Next, always move slowly when trying to get closer to your game. Even if you’re wearing your best camo suit, most animals will bust your movement and take off without really caring about your shape.

Even if the buck isn’t looking your way, moving fast on your feet can give away your location.

The bottom line is, to make the most out of your camo, try your best to conceal your smell and limit your movement.

“What camo for bowhunting should I invest in?”

It’s a normal question for a newcomer to ask, especially with many options on the market. Well, after reading this article, you now know that you could either go mimicry camo, digital camo, or both.

As long as you stick to the patterns that’ll give you the best concealment, it shouldn’t matter what you do to achieve that final goal. Also, don’t forget to make your presence unknown by monitoring your steps, moving only when it’s necessary, and masking your scent.

Bowhunting with a crossbow? Take a look at this guide to quiet it down!