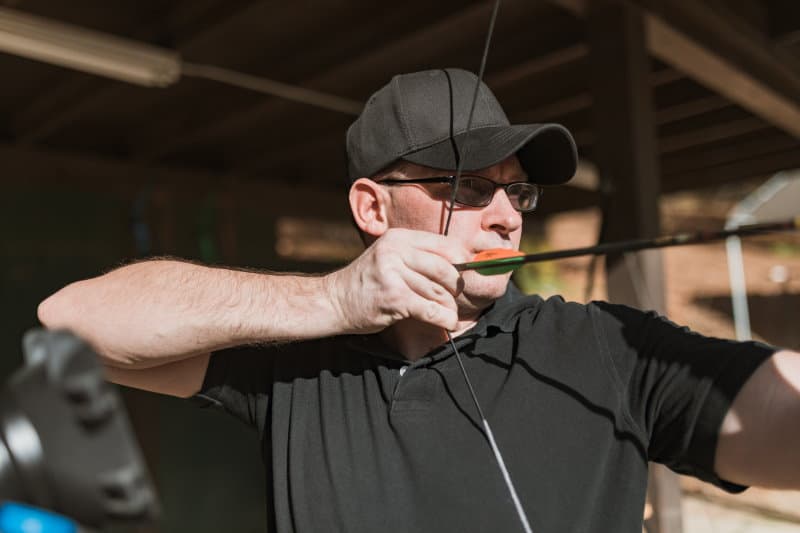 When trying to shoot a target, many things can go wrong and make you miss. However, one of the great things about archery is that once you know the problem, you can learn what’s causing it and fix it with some practice.

One of the most common archery mistakes is plucking, but unfortunately, a lot of people will just pinpoint it to you over and over without actually explaining what it is or giving you any useful advice on how to stop it.

If you’re wondering what’s string plucking in archery, it’s when the archer’s hand moves out and away from their face upon releasing an arrow. This mistake often happens when the archer is fatigued or over engages their shoulder/back, resulting in the arrow going off to the side instead of straight on.

Today, I’ll be explaining the details of plucking, what causes it, how it affects your shot, and how you can fix it. I’ll also be discussing the proper way of pulling the bowstring and giving you tips on avoiding other common archery mistakes.

What is String Plucking in Archery?

If you’ve ever been told that you tend to pluck the string on your bow when you shoot, you’re definitely not alone. A lot of archers make this mistake and even advanced players will pluck from time to time.

One of the things I find most annoying about plucking, aside from the fact that it always appears at the worst times, is the people that are more than happy to tell you you’re plucking but never tell you how you’re plucking.

So right off the bat, let me give you a clear definition of plucking. This is an archery mistake that happens when you’re shooting and you let go of the arrow. If your hand moves forward/out and away from your face upon releasing the arrow, you’re plucking.

This is actually a very common mistake and despite being more frequent with beginners, it can happen to anyone; even those with years of experience.

Why does String Plucking Happen?

Another thing that grinds my gears about most people telling you that you’re plucking, is that when you ask them “well, why do I pluck?” The reason they throw at you is usually some generic phrase like “your back tension is wrong” or “your muscles aren’t engaging correctly”.

Granted, some archers may hear these words and understand what they mean, but the majority of archers I’ve come across don’t learn with fancy terminology. I find that simple words, visual aid, and practice are the best formula.

So what causes string plucking for archers? The most common reason is, in fact, “improper” back tension” or “improper muscle engagement”, but here’s the translation:

When you stand to take a shot, you’re supposed to squeeze your shoulder blades together to generate proper back tension. Why? Because it helps prevent injuries, combat fatigue, improve accuracy, maintain a nice full draw, minimize creeps and collapsing, as well as reduce the stress and wear on your shoulder.

This way of squeezing is wrong and won’t give you the back tension you need. It’s the reason behind plucking as it leaves no room for your hand to move upon releasing the bowstring except out and away from your face.

Another reason for plucking in archery is when the archer is tired. When you’re too fatigued, your muscles get lazy and can’t hold a proper stance. Again, you’ll end up overdoing the stretch and, consequently, plucking.

How Does String Plucking Affect Your Shot?

One of the fascinating and challenging aspects of archery is that everything you do while shooting can affect your shot, from how you stand to how you release. As such, plucking will surely affect your shot, and here’s how:

In both cases, the overall result will be the same: an inaccurate shot.

How to Prevent String Plucking in Archery 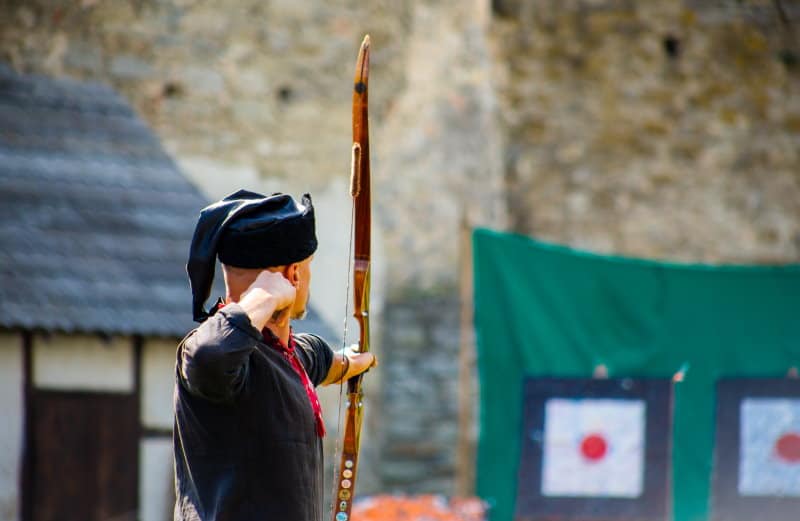 Now that you understand what plucking is, what causes it, and how it affects your final shot, it’s time to learn how to prevent it. Try the following tips the next time you hit the range:

To make sure your thumb stays out of the way during the shot, lift it as if you’re signaling a thumbs up to your target.

Another way to know whether or not you got this right is to look at the movement of your hand. When you’re overdoing the stretch, your hands move at a curve. But when you’re squeezing properly, your hands will be linear (on the same line).

However, in archery, the line of fire extends from the arrow’s nock to its tip to the target. Now imagine that this line extends behind the arrow. Ideally, it should go through your elbow as well, which will happen if you’re stretching correctly.

How Many Fingers Should Pull the Bowstring in Archery?

Most archers stick to the finger draw technique, the question is: how many fingers should you use to pull the string?

The answer isn’t set in stone, but the most common is 2 or 3 fingers. Also, you can either put all your fingers below the arrow or place one above it. The most popular styles here include:

So what’s string plucking in archery? It’s simply a mistake where the archer’s hand moves out and away from their face once they let go of the arrow. Hopefully, you now have the knowledge to avoid plucking or at least keep it to a minimum.

If you’re wondering why your crossbow shoots to the left, check out this article to also learn how you can fix it.