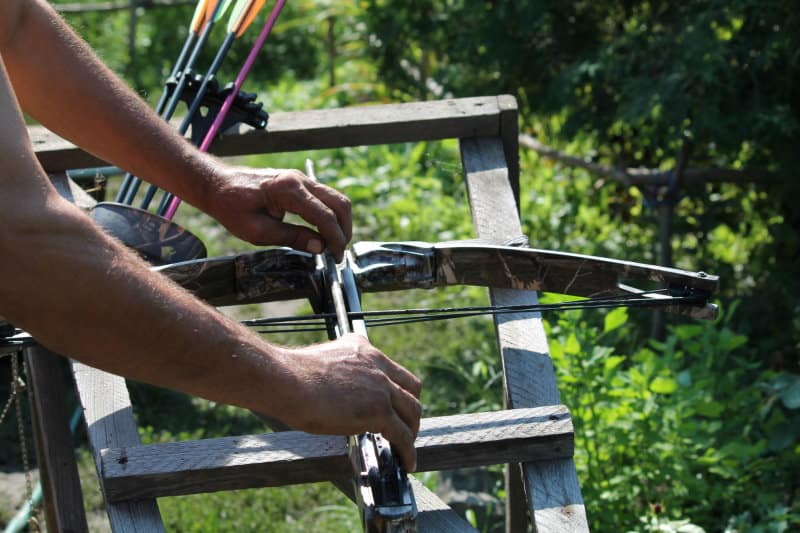 Getting a new crossbow for the hunting season is a fun time to be had. It’s always exciting to dive into a new hobby and get a new piece of gear. However, you may have been surprised to find that other bowhunters don’t want anything to do with you or your crossbow. What gives? What do bowhunters have against crossbows?

Those bowhunters who dislike crossbows tend to approach the topic from one or more of three angles. The first is that the crossbow is not a real bow. Because it manages pulling back the string and applying force for you, bowhunters generally see the crossbow as more of a gun than a bow. The simplicity of using a crossbow also means more hunters in the woods who can mess with the stealthy approach required for hunting with a bow. Finally, crossbows are so effective at killing game that bowhunters tend to worry that bow-season will be shortened due to rifle-hunters lobbying against it. Because crossbows kill so much game, some rifle-hunters feel the bow season should be shortened to give them a chance, which could ruin bowhunting season.

To understand these points in greater detail, stick around. We’ll cover these and more throughout the remainder of this article.

Why Crossbows Get a Bad Rep From Bowhunters

Hunting with a bow requires commitment. You need to work on your body to master the bowstring. It takes a lot of strength, effort, and practice to achieve enough force to take down a deer with an arrow. Effort and practice mean a lot of time goes into preparing for the hunt. To bowhunters, this is an important aspect of the hunt.

Likewise, a crossbow does all of this for you. The hardest parts of using a crossbow, physically, are the weight that comes with aiming it and the loading of the bolt. It still takes strength to achieve this but far less than with a bow. This is one of the reasons that crossbows were, for a long time, only legal for older or disabled hunters to use. However, more and more states have begun to legalize crossbow hunting in the last two decades, which has led to a lot of angry bowhunters.

Bowhunters feel that the crossbow is not a bow, and, honestly speaking, they very well may be right. A crossbow really is more of a fusion between a gun and a bow. It might use arrows similarly, but beyond that, it doesn’t really function like a bow.

One of the reasons that bowhunters dislike crossbows is because of this very feature. It’s not that they have anything against crossbows themselves, but, rather, they dislike that they are included within the realm of bowhunting. If crossbows were regulated and treated like hunting rifles, then this wouldn’t be an issue.

They may have a really good point. It is rather weird that crossbows are included in the discussion of bowhunting on a legal level. They would fit in better with the rifle hunting season. 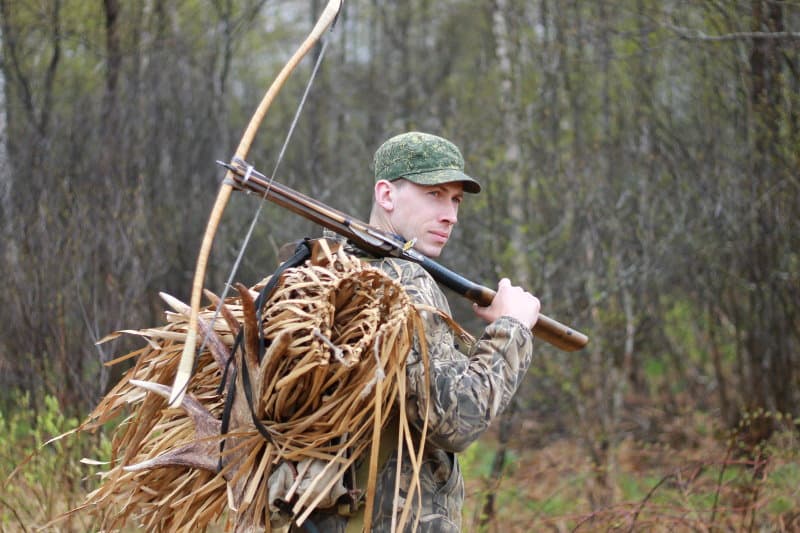 One of the problems is that crossbows are often louder than bows. We looked at how to quiet them in this post, but even a quiet crossbow is louder than a hunting bow. This noise pollution makes it harder for bowhunters to use their stealth to catch their target. They could be as quiet as can be and still miss out on opportunities.

The ease with which a crossbow can be used has led to many more hunters in the woods during bow season. In many states, the number of people hunting with crossbows has become equal to the number of hunters using all other bows combined. Along with the noise from the crossbow itself, this influx has caused the woods to be a much harder environment to hunt in.

Bowhunters find that having more people in the woods equals more noise and less game to go around. This latter point is one of the big reasons that bowhunters have a problem with crossbows. The bowhunting season is often much shorter in comparison to the rifle-hunting season. There are more hunters with rifles than bows, so this shouldn’t come as a surprise.

Despite this, crossbows are such an effective killing machine that it isn’t rare for just as many deer to be bagged with crossbows as with rifles. Many places have seen rifle-hunters lobbying to reduce the archery season and increase the rifle season. This would effectively limit the amount of time someone could hunt with a bow, which is just awful. Unfortunately, this is the fault of crossbow hunting.

Is there a good solution for resolving these problems? Not yet, no. For the time being, there is no system in place that would make everyone happy. Does this mean that you shouldn’t go hunting with your crossbow? Absolutely not. If you enjoy hunting with a crossbow, then you should continue to do so. Just understand that it may not make you many bowhunting friends.

This is an opinion that some bowhunters have, and it is, frankly stupid and ignorant. Just because using a bow takes more strength and coordination than a crossbow does not mean that crossbow hunters are lazy.

Using a crossbow still takes time and effort to learn in terms of aiming at and hitting the target accurately. Just watch this video on it and you’ll see it first hand:

Crossbow hunters still need to get out into the woods and trudge through looking for signs of game. Just because they may have an easier time shooting doesn’t mean that they aren’t putting in just as much hard work into their hunting experience.

However, so do bowhunters and rifle-hunters. This isn’t a case of crossbow hunters being the ones at fault; rather, it is a sign of hunters who either have limited knowledge or who are ignorant. Bad shots are taken by all kinds of hunters, not just crossbow hunters.

Any hunter, both bow and crossbow-users alike, and even rifle-hunters, need to take the time to learn about their tools. You should have plenty of experience shooting your chosen weapon at targets for many hours before hitting the woods. You should also be able to judge the distance between yourself and a target accurately, and know whether you need to get closer or further away.

For more information about archery targets and practicing, check out the following articles:

Do Crossbows Take the Sport Out of Hunting? 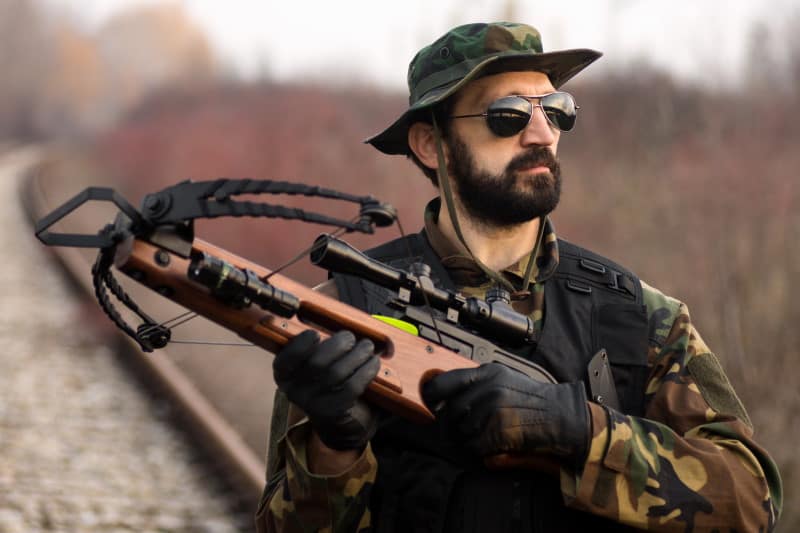 This is another opinion that seems to crop up in discussions on this topic. It is also just plain dumb. Does a keyboard take the skill out of writing? Does a catcher’s mitt take the sport out of baseball? No, of course not. They are tools used to enhance the sport, not limit it.

Crossbows are simply tools for shooting a bolt. You still need to know how to aim one, which takes skill, or sport if you’d prefer it to be called such. Plus, this is really just a way of trying to argue that new technology is changing the playing field.

Technology is constantly moving forward and changing the landscape of everything—from how we drive, to how we shop, and to how we hunt. This is the natural process of scientific and engineering discovery.

Technology changes with time, and hunting is no exception. These changes don’t take away the sport; they merely change it so it can evolve with time.

Bowhunters seem to have a problem with crossbows because they are a mixture between a gun and a bow. They have allowed more people to get into the woods during bowhunting season, and they have increased the amount of game being bagged, which has then led to rifle-hunters lobbying to shorten the bowhunting season.

These are, honestly, understandable issues, but they are not reflective of a problem on the part of the crossbow. They are reflective of a bigger problem: that of balancing the hunting season and experience based on the desires of those hunters involved.

If you are a crossbow hunter, Archery Guidance wants to reassure you that your practice is completely acceptable. You are not less of a hunter because you use a crossbow. Don’t take any crossbow hate you experience to heart. As the world moves forward, your weapon of choice will find greater acceptance.