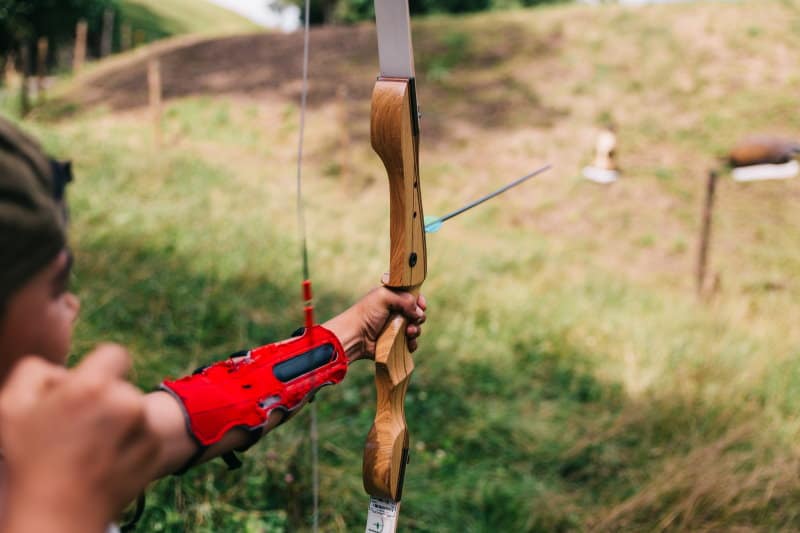 Technology plays a crucial role in changing how sports equipment looks and feels. And although there are modern bows that are made of carbon and fiberglass, some archers still prefer to stick to the olden ways.

And if you’re still getting to archery, you’ll probably feel fascinated and slightly overwhelmed by the number of archery tools and equipment available and the differences between all of them.

There are some traditional bows that modern archers still use, while new models offer more speed and power. This is why finding the right bow can be a big dilemma, especially for a beginner archer.

A barebow is a simple bow and probably represents the earliest form of an archery bow. However, a recurve bow is also old, as the Mongols first used it in the early 1200s.

What is the difference between a recurve and a barebow?

In general, there’s no technical difference between a recurve bow and a barebow, which some archers also call the traditional bow. As a matter of fact, a barebow is actually a standard, and traditional recurve bow without all the modern additions that facilitate the job of the archer.

These types of bows look similar, but a barebow is bare in the sense that it lacks some of the accessories that are currently added to a modern recurve bow. It doesn’t have stabilizers, a clicker, a sight, or a high-tech arrow test, which can be found on a modern recurve bow.

Which accessories are found in a recurve bow but not in a barebow? 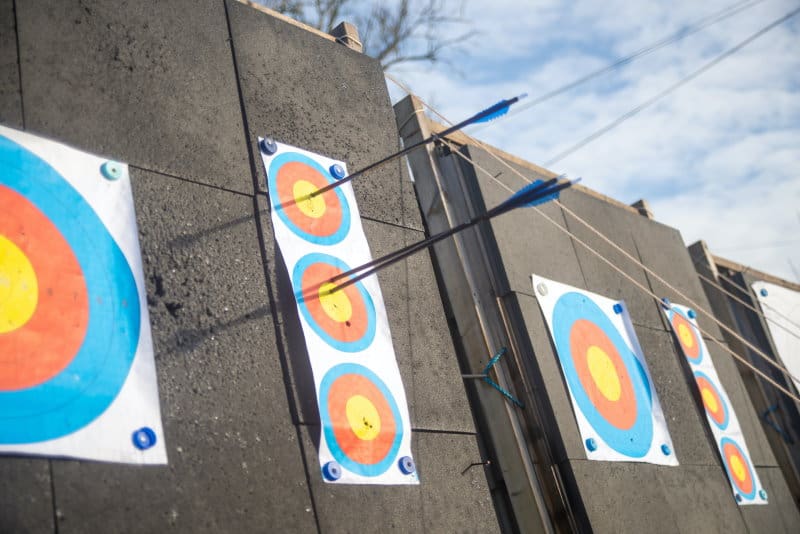 A barebow comes with some vital add-ons or accessories. These are the plunger, weight, and arrow rest.

The arrow rest holds the arrow as it leaves the bow, and it works with the plunger to ensure that the arrow is guided towards the target. The weight balances the barebow and stabilizes the shot.

The arrow rest on a barebow is different from the one found on a recurve bow. It’s bolted because the archer uses the string-walking method, which puts more pressure on the string. Because there are no sights on a barebow, the archer manipulates the plunger’s tension to move the arrow to the left or right.

A recurve bow also has a clicker that helps you ensure that you’re drawing the same weight every time you’re shooting your arrow. The clicker helps with guaranteeing the consistency of your shots.

The stabilizer is a metal piece that adds stability and balance to your recurve bow. Archers will use different weights for the stabilizer, depending on their preferred shooting style.

What does barebow mean in archery?

In archery, barebow refers to the standard use of a recurve bow without all the accessories and add-ons that help with stabilizing and aiming. So, while it’s the most traditional and simplest form of a recurve bow, shooting the barebow requires more skills and practice.

As of 1969, barebow shooting has been included in the World Archery Field Championships, and it was later added to the World Games in 1985. Today, this style is recognized for 3D, field, and indoor and outdoor target archery, just like all other types of bows.

A barebow has a handle in the center which acts as a riser and as the base to the bow’s limbs. This handle is usually disassembled for storage and transport and can be attached when the bow is used. The bowstring holds the limbs under tension to store energy when you pull the string.

How can you shoot a barebow? 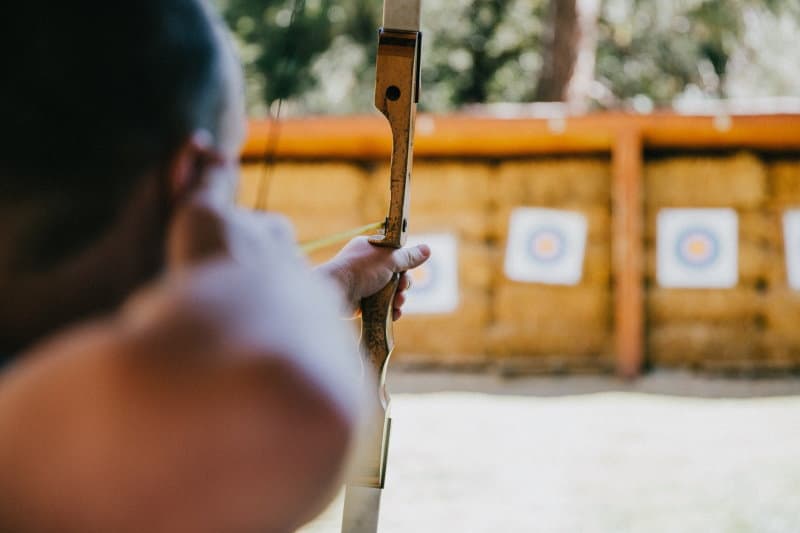 When you shoot a barebow, you need to pull the string back to your face using your fingers and aim at your target by looking down the arrow’s length. While you’re pulling the string, the energy is stored in the bow’s limbs and then transferred to the string and the arrow. Upon release, all this energy is released to send your arrow towards your target.

A barebow doesn’t have any accessories for stabilization, although fixed weights can be attached to the riser’s bottom to add more stability. Dampers are also not allowed, and the barebow shouldn’t have any marks or devices to help you while aiming towards your target.

While you’re using a barebow, you should wear finger tabs to protect your fingers from the string’s pressure. You can also wear a sling, so you don’t have to grip the handle.

You should also wear arm and chest guards to protect yourself from the impact and keep your clothes out of the string’s path when it’s released for maximum safety.

Is shooting a barebow easy?

A barebow is versatile enough to be used by beginner and pro archers. But in order to master shooting using a barebow, consistent and regular practice are needed to achieve the level of control required to shoot your target precisely.

The problem with barebows is that they lack the stabilizers that make your life easier, especially when you’re still experimenting with archery. This is why recurve bows are more suitable for beginner archers. Still, you can shoot your arrow using a barebow if you practice long enough and learn how to control it properly.

Determining where to precisely position your fingers is called string-walking, and it’s not easy. In most cases, this is the most challenging part of mastering the art of shooting a barebow. Archers usually learn to string-walk using a simple scale on the tab or by counting the fingers to move up and down the string.

After placing your fingers, you should raise the bow and pull or draw the bowstring towards your face while anchoring your middle finger to make sure that the string aligns with your eye. Without proper alignment, you’ll probably miss your target, which is quite common if you’re still a beginner.

Once you’ve mastered positioning and aligning your barebow, you’ll have to execute the shot. This refers to releasing the arrow and finishing the shot with the proper follow-through position to guarantee that you’re hitting your target.

You can say that a barebow is a traditional recurve bow without all the bells and whistles. This, however, doesn’t mean that one of them is better than the other.

Archery is all about finding what works for you. And because there are tens of setups, you can experiment with multiple tools until you find the bow that you actually love. You can learn more about the sights that you can find on a recurve bow by reading this article.