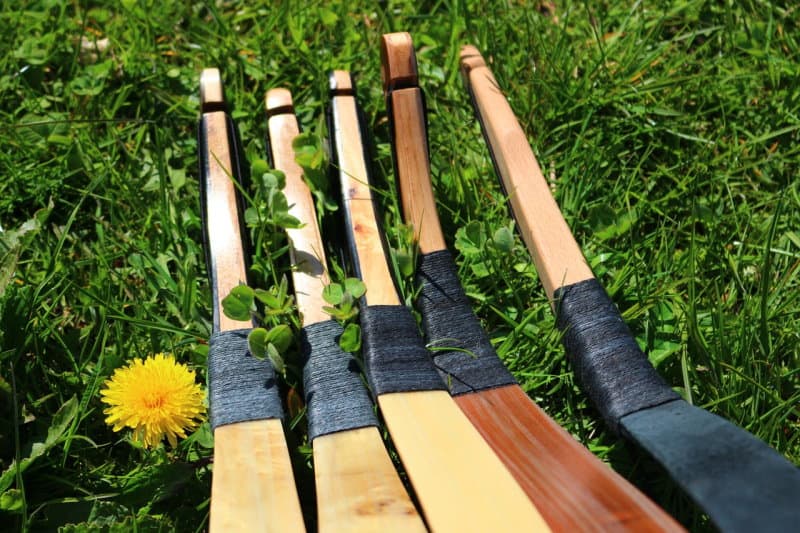 That’s a common question among archery enthusiasts. Each bow has its own strengths and weaknesses and this article aims to tackle each one of them to show which is more powerful.

Generally, Recurve bows are more powerful because they store more energy in their tips. If two shots were taken by a recurve bow and a longbow with the exact draw weight and type of arrows, the arrow shot by a recurve would be faster.

However, the answer is not always that simple, as a lot of factors go into determining how efficient a bow can really be.

Is a Recurve Bow More Powerful Than a Longbow? 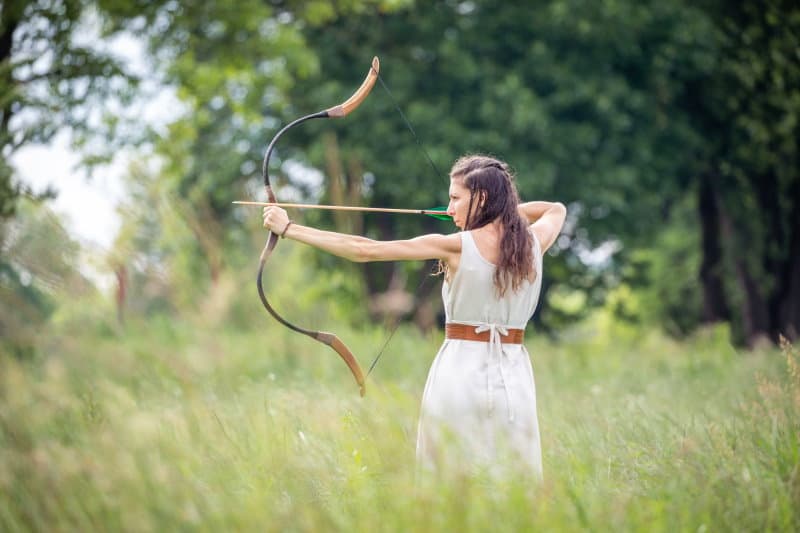 Let’s see the answer to this question by discussing the elements that affect the bows’ power.

Naturally, a bow’s design is the most important factor to determine how powerful it can be.

There is one design element that makes recurve bows quite special, the recurved tips, which inspired their name.

The limb tips of the bow curve away from the archers, making a “3” shape.

This gives the recurve bow an advantage when it comes to shooting power. It allows the tips to store more energy, providing smoother, more powerful shots.

As the name suggests, a longbow is made of one long, D-shaped piece of wood. It’s what most people imagine when they think of archery.

Unfortunately, because the longbow is the longest bow in the market, its limbs don’t hold as much energy as the recurve bow. That means the shots made by a longbow would be less powerful.

Draw weight refers to the amount of power it takes to pull the bowstring, so it can affect the bow’s shooting power.

After all, if the archer isn’t strong enough to pull the string, they wouldn’t be able to make powerful shots.

Draw weight depends on the design of the bow, but the recurve bow has a slight advantage in this category.

Recurve bows are made up of different, replaceable parts. If the draw weight of the bow is too heavy, the limps can be replaced with lighter ones.

That means the shooting power and speed of the bow can also increase significantly.

Power and speed go hand-in-hand. Thus, a bow’s strength is a reliable predictor of how fast the arrow will fly eventually.

Given that the tips of the recurve bow’s limbs hold more energy, that energy is transferred to the arrow. That means not only is the arrow more powerful, but it travels faster as well.

Since a longbow offers less powerful shots than a recurve bow, it’s only natural that they’d be slower as well.

Which Bow Has a Wider Range?

As with speed, a bow’s range is also associated with how much power it offers. So that’s another win for the recurve bow.

Is a Longbow Easier to Draw Than a Recurve Bow? 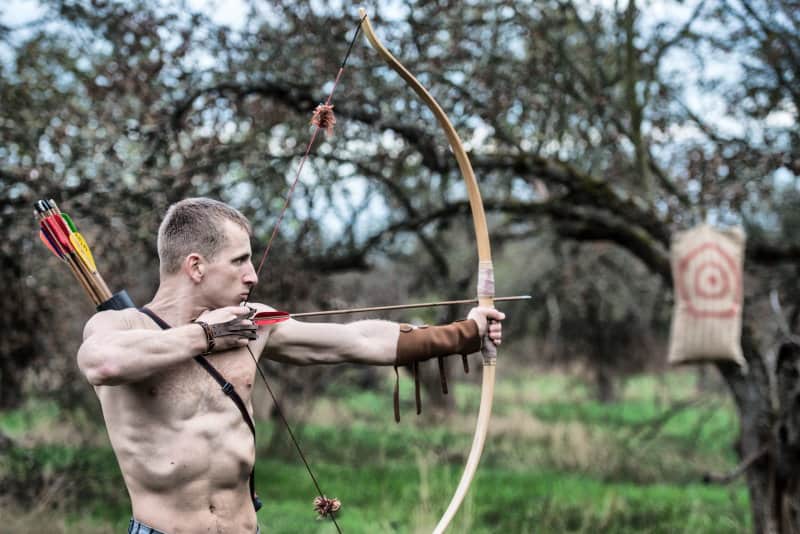 When it comes to size, it’s easy to note that the recurve bow limb tips are quite small. However, that’s actually a big advantage.

Typically, when an archer pulls the string of the bow, the limbs move a little bit. The bigger the bow’s limbs are, the more energy it would take to move them, and less energy would be put into the arrow shot itself.

Because the recurve bow is small, archers don’t need to put a lot of energy to move the limbs and can put more energy into the shot.

So a recurve bow provides a more efficient usage of energy.

Because the limb tips of the longbow are longer and thicker, it’d take the archer more energy to move them. So drawing the string of a longbow isn’t as smooth as with a recurve bow.

What Are The Drawbacks of a Recurve Bow?

At first glance, the recurve bow might seem like the perfect tool for an archer. After all, it packs more power and provides a smoother drawing experience.

Unfortunately, nothing is perfect. All the design elements that make the recurve bow a magnificent beast come at a price. So It’s important to understand the drawbacks of recurve bow before deeming it superior.

Because the limb tips of the recurve bow are quite thin, they can easily twist. If an archer makes a mistake while shooting, the tips could move uncontrollably. That could lead to the arrow flying in a different direction than intended.

However, some newer models of the recurve bows have been built for accurate shooting. Also, there’s the possibility of using stabilizers and arrow rests.

Of course, the accuracy of the shots depends on the archers themselves.

However, recurve bows might be a little bit tricky to handle if the archer isn’t careful.

While the build quality of the longbow makes it inferior in power, it also makes it more beginner-friendly than the recurve bow. With the sturdy design of the longbow, it’s easier to shoot an arrow that travels in a straight line.

A recurve bow is also more noisy than the longbow. If you’re going hunting, a longbow would be a better choice.

Which Bow Is Better for Archers? 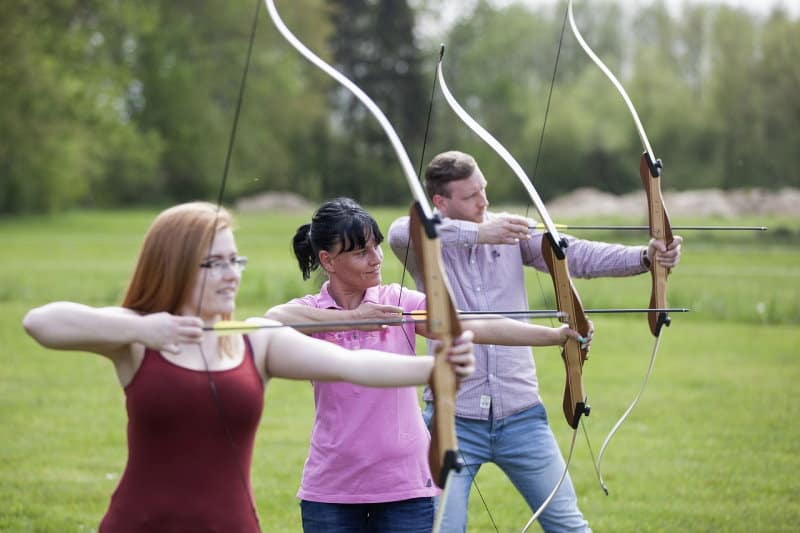 There’s no right or wrong answer here, as it all depends on the archer’s preferences, experience, and goals.

If an archer wants a portable bow, then a recurve bow is the safest option. Recurve bows are generally smaller than longbows. They are also made up of different parts, so an archer can take them apart for easy maneuvering.

If the bow is needed for hunting animals, then the choice depends on the archer’s priorities. If noise is prioritized, then a longbow is preferable. If power and speed are more important, then a recurve bow is more suitable.

If an archer is on a budget, then a recurve bow wins. This isn’t because it’s cheaper. Both recurve bows and longbows are sold for various prices.

However, a recurve bow is made up of different parts. If one part breaks, it can be replaced. A longbow, on the other hand, is one piece. If it breaks, the whole bow needs to be replaced.

While that’s not true for longbows that are made up of different parts, as mentioned before, they’re not that common. So, in the long term, a recurve is a safer option.

If accuracy is a crucial element, then both types of bows will produce good results. After all, accuracy depends on the competence of the archers.

While the limb tips of the recurve bow can twist easily, making it less accurate, the newer bows are built for accurate shooting. There are accessories that help with stability, too.

While they’re not that powerful, longbows are quite accurate. So you’ll be satisfied with Whatever

Longbows and recurve bows have been around for a long time, so a comparison is unavoidable.

Due to the intricate design of recurve bows, they can store more energy and transmit it to the arrow, providing faster, more powerful shots. It’s that design that makes it easier to draw the string without putting in too much energy.

Given that the basic design of longbows doesn’t allow for much energy storage, their shots are less powerful. Because the longbows’ limbs are long, it takes more energy to draw the string.

Although a recurve bow is superior in many categories, a longbow wins in terms of accuracy and ease of use.

Whether an archer needs a recurve bow or a longbow depends on the archers themselves.

After reading this article, you should totally find out how far you can shoot a recurve bow.